Colfiorito is a mountain village in the municipality of Foligno (PG). The village is situated on a vast plateau at an altitude of 781m above sea level along the State Road 77 of Val di Chienti that connects Foligno to Macerata.
The karst plateau is the result of the drainage of seven lake basins, of which only the swamp remains. Since 1995, a major boost has been given to environmental tourism with the establishment of a regional nature park. The Colfiorito swamp is the most significant part.
Historically, the plateau is known for the cultivation of red potatoes and lentils, which are also sold directly by small producers, constantly present along State road 77. Significant presence of breeders and companies for the production of dairy products.
During the summer, the Red Potato Festival attracts many tourists and gourmets from Umbria and Marche.
On Good Friday there is a procession of the Dead Christ, very evocative and of ancient tradition. Also from Lent belongs a popular song of the Passion, which a group of singers spontaneously aggregated in the streets of the country or neighboring towns, until the ’60s, now only by invitation.

• Church of Santa Maria di Pistia (or Plestia), (V century), is a Christian Church in Proto-Romanesque style
• Castle of Colfiorito (1269).
• Castelliere del Monte Orve.
• Molinaccio, the remains of an ancient mill fed by marsh water that flows into a natural sink.
• Botte dei Varano, a collector for draining water from the plateau, builted at the end of the fifteenth century.
• Archaeological Museum “Umbri Plestini”.
• Naturalistic Museum of the Park of Colfiorito.
• Convent of Brogliano 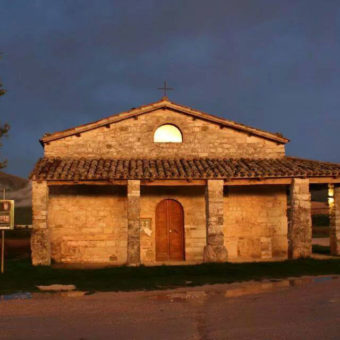 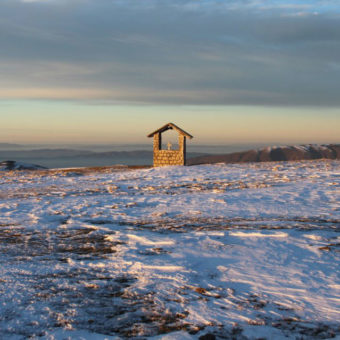 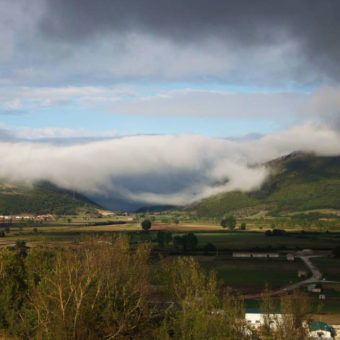 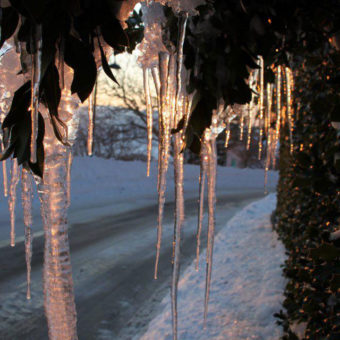 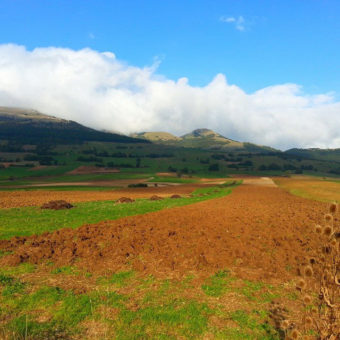 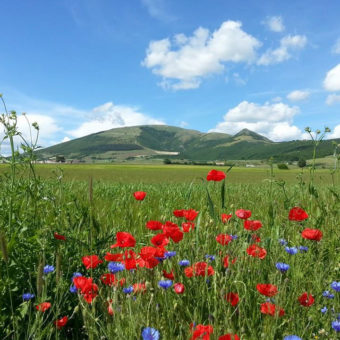 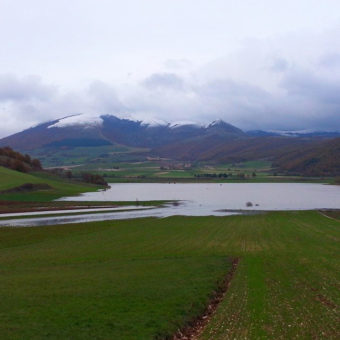 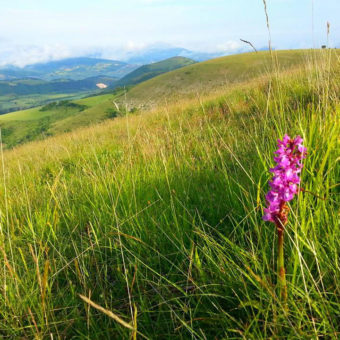 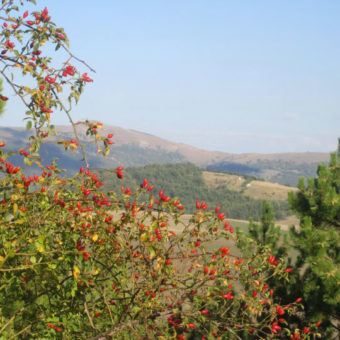 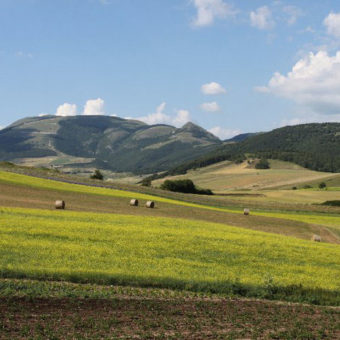 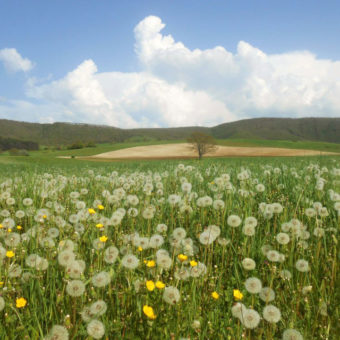 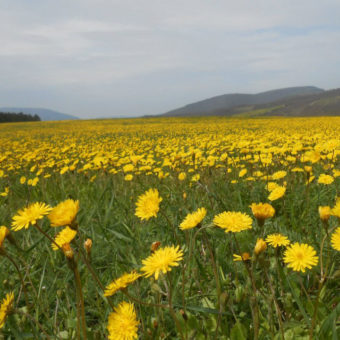 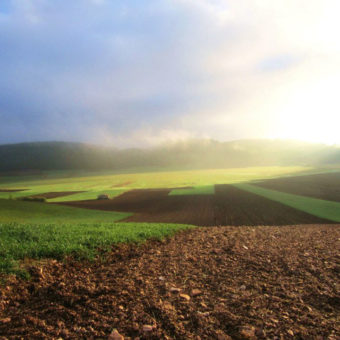 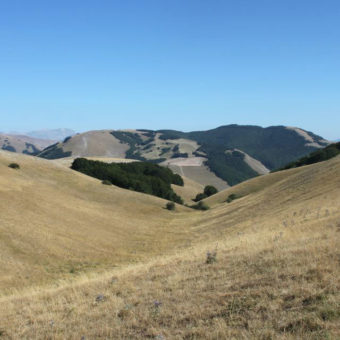 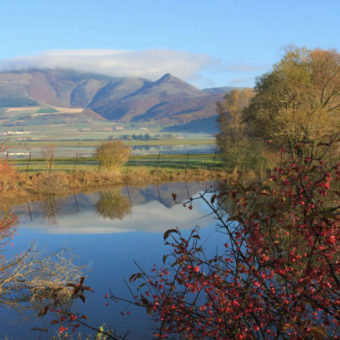 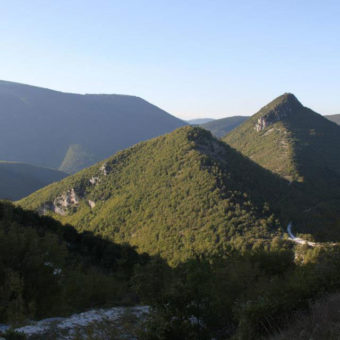 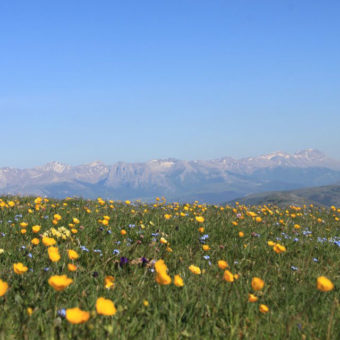 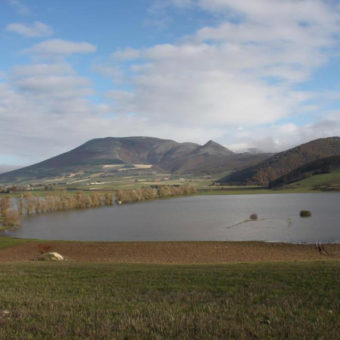 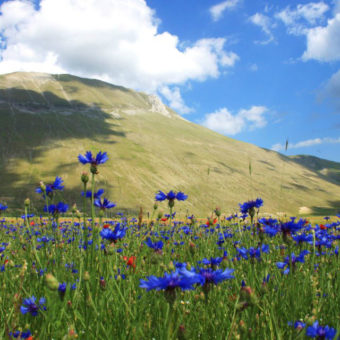 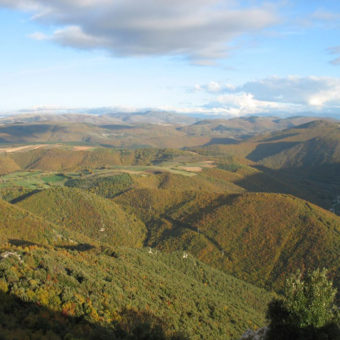 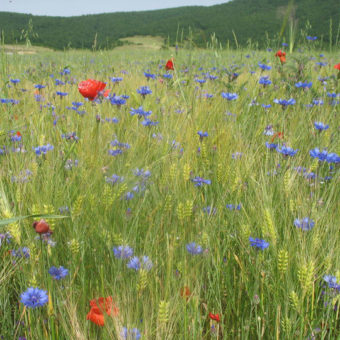 The Colfiorito swamp is characterized by the many disciplines of vegetation complexes. In this scenery of extreme beauty you can easily observe the white water lily, the palmata orchid, the aquatic orchid, the Portuguese Colchico, the greater lysca and many other flowers. In addition to the botanical aspects, the biodiversity of the swamp is determined by the wealth of the fauna community.
The swamp, in fact, due to the very high presence of sedentary and migratory birds, is the most important bird system.
The surveys conducted by specialists have shown that the number of species of breeding and/or wintering birds is very high (more than 100) and that many species are considered rare or threatened in their European airplane. Investigations have also shown that the multitude of waterfowl is particularly connected to migration periods, thus marking the swamp as an important resting place in the Apennines during seasonal movements. In particular, among the most important birds are two: the Bittern (Botarius stellaris), which has lived and nested for a long time in the Reedbed and Scriptures (with up to 25 specimens), whose state of conservation is considered “critical” throughout Europe, the Swallow (hirubdo rustica), migrator nesting par excellence and Passeriform typical of the traditional agricultural landscape in autumn, finds in the Reed one of the largest dormitories in Italy.
Other species which exalt the biological and faunal diversity of the swamp, belong then to the variegated reign of the small Vertebrates, such as Girls, Frogs, Newts, Aphids and to that of the Iinvertebrates, such as Coleopterans, Lebellular Butterflies, Tricopters. The fauna diversity of the swamp, however, is not limited only to animals related to water, but also affects animals that, although characteristic of terrestrial Apennine environments, regularly attend the mosaic of habitat of the ecotonal zone, such as: Grey Cornacchia, Jay, Ortolano and Robin (Passeriformes); Buzzard and Lodaiolus (Diurnal birds of prey); Porcupine, Fox, Badger, Weasel and Boar (Mammals). 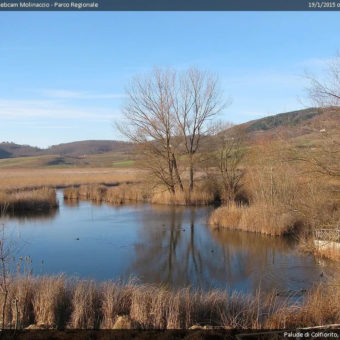 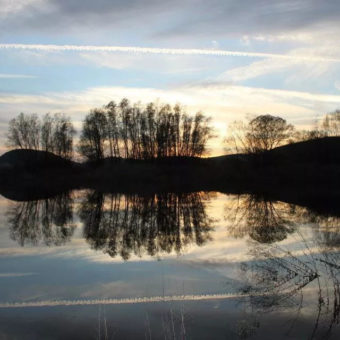 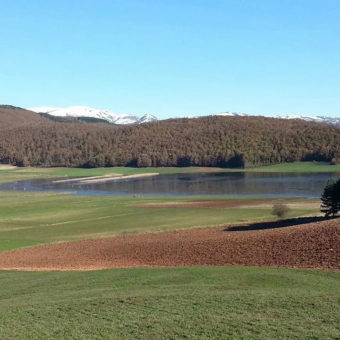 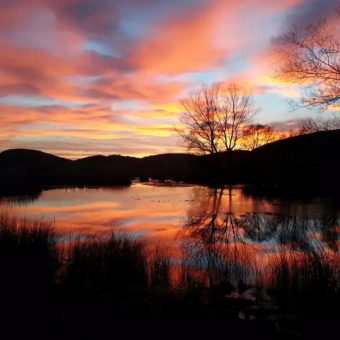 ﻿
We use cookies on our website to offer you the most relevant experience by remembering your preferences and repeat visits. By clicking on "Accept" you agree to the use of ALL cookies. However, you can visit the Cookie Settings to provide controlled consent. Read more
Cookie settingsACCEPT ALLREJECT
Manage consent

This site uses cookies to improve your experience while browsing the site. Out of these cookies, the cookies that are classified as necessary are stored on your browser as they are essential for the basic functionality of the website to function. We also use third party cookies that help us analyze and understand how you use this website. These cookies will be stored in your browser only with your consent. You also have the option to disable these cookies. But disabling some of these cookies could have an effect on your browsing experience.
Necessary Always Enabled
Necessary cookies are absolutely essential for the website to function properly. These cookies guarantee the basic functionality and security features of the website, anonymously.
Functional
Functional cookies help perform certain functions such as sharing website content on social media platforms, collecting feedback and other third party functionality.
Performance
Performance cookies are used to understand and analyze key website performance indices which help provide a better user experience for visitors.
Analytics
Analytical cookies are used to understand how visitors interact with the website. These cookies help provide information on visitor numbers, bounce rate, traffic source, etc.
Advertisement
Advertising cookies are used to deliver relevant ads and marketing campaigns to visitors. These cookies track visitors to websites and collect information to deliver personalized ads.
Other
Other unclassified cookies are those that are analyzed and have not yet been classified into a category.
Save & Accept
Powered by